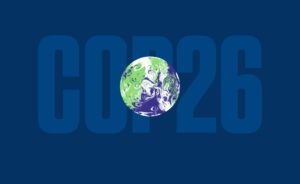 Six years ago, after days of painstaking negotiations, world leaders managed to thrash out a deal on climate change. The result was the Paris Agreement, decided at the COP21 summit in Paris.

Described by the United Nations as a legally-binding international treaty on climate change, the landmark accord aims to “limit global warming to well below 2, preferably to 1.5 degrees Celsius, compared to pre-industrial levels.” 2 degrees Celsius is around 35 degrees Fahrenheit.

Now, years later, politicians are — pandemic permitting — preparing to meet once again for the 26th UN Climate Change Conference of the Parties, or COP26.

As things stand, COP26 will be hosted by the U.K. and held in the Scottish city of Glasgow between Nov. 1 and 12, 2021. It was originally due to take place in Nov. 2020, but was rescheduled because of the coronavirus pandemic.

COP stands for Conference of the Parties — in other words, countries — while the number 26 refers to the fact it will be the 26th summit. The European Union is considered a “party” to the Paris Agreement in its own right, as are its 27 member states.

The U.K. government says talks at COP26, “will bring together heads of state, climate experts and campaigners to agree coordinated action to tackle climate change.”

Italy has been designated as a “co-host” of COP26 and in late September a three day “Pre-COP” session will take place in Milan, which between 35 and 40 countries are expected to attend.

Participants at COP25, which was held in Spain at the end of 2019, included the U.S., China, India and the European Union. It’s hoped all will be active, vocal participants at the talks in Glasgow.

A great deal of attention will focus on China in the run up to this year’s event. In an illustration of the challenges involved when it comes to coordinating major international summits, China did not take part in a recent climate meeting held by the U.K. ahead of COP26.

The BBC reported that China was not involved in the meeting, which was attended by the EU, U.S., India and others, despite being invited.

China did, however, take part in the IEA-COP26 Net Zero Summit, which was held on the same day.

A lot is riding on COP26. “We know that in order to limit the warming of the Earth to 1.5C at a maximum, the international community, and major and historical emitters need to bring highly ambitious plans,” Jake Woodier, COP26 Campaign Manager at The Climate Coalition, a group focused on tackling climate change, told CNBC via email.

Helen Clarkson, who is CEO of the Climate Group, an international non-profit, told CNBC that COP26 was “a crucial moment in the fight against climate change.”

“As host of the talks, the U.K. has a responsibility to lead from the front and urge governments to set net zero goals that align with the Paris agreement, limiting global temperature rises to no more than 1.5 degrees C,” she added.

All countries that are part of the Paris Agreement are supposed to update their NDCs every five years. This is important because the targets need to be ramped up regularly in order meet the agreement’s overall target of limiting global warming.

In theory, these updates should have been submitted by the end of 2020. In practice, this didn’t happen due to a multitude of reasons, including Covid-19 related disruption.

Published in February, a UN report showed that as of Dec. 31 last year, only 75 parties involved in the Paris Agreement had updated their NDCs. This represents just 40% of the total number involved, and together they account for only 30% of global greenhouse gas emissions.

The interim report was described as a “red alert for our planet” by UN Secretary General António Guterres.

“It shows governments are nowhere close to the level of ambition needed to limit climate change to 1.5 degrees and meet the goals of the Paris Agreement,” he added.

Elsewhere, Patricia Espinosa, executive secretary of UN Climate Change, said the report showed that current targets were “very far from putting us on a pathway that will meet our Paris Agreement goals.” An updated version of this report will be published in the run up to COP26.

The anxiety surrounding new NDCs — or the lack of them — is one of several stumbling blocks already experienced by the summit.

Given all of the above, what would need to be achieved and agreed at COP26 for it to be considered a success?

“Success would look like rigorous targets that embody a high level of ambition that ensures warming is kept to below 1.5C,” The Climate Coalition’s Woodier said.

The U.K. says its COP26 Presidency will focus on five things: finance, clean road transport, adaptation and resilience, the energy transition and nature. The latter has some high-profile advocates, including Prince William.

Addressing the virtual spring meetings of the International Monetary Fund and World Bank Group last week, the Duke of Cambridge said protecting and restoring nature was “critical to the success of COP26 in Glasgow later this year and for the brighter, greener, more prosperous future that we all want to see.”

COP26, William went on to state, was a “vital step on the path to putting nature center stage in our fight against climate change.”

Share
Previous Another April Day, Another ERCOT Warning About Inadequate Supply
Next Halfway to Zero: Progress towards a Carbon-Free Power Sector