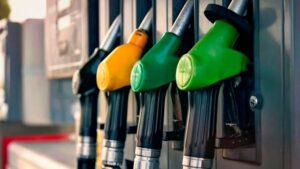 The White House on Thursday rejected the idea of raising gas taxes as a way to pay for President Joe Biden’s $2.3 trillion infrastructure plan, setting the stage for a fight with business groups that are calling for U.S. drivers to foot the bill instead of corporate tax hikes. Biden’s plan calls for raising the corporate tax rate to 28% from 21%, and proposes other tax increases and policy tweaks to ensure companies do not dodge domestic tax bills by shifting profits overseas.

The tax proposal, announced Wednesday, was opposed by Republicans in Congress, trade groups including the National Association of Manufacturers, and business lobbies such as the U.S. Chamber of Commerce and Business Roundtable. Many critics, including the Chamber and some right-leaning think tanks, said taxes should instead be raised on motorists. U.S. fuel taxes are some of the lowest in the world, and have not been increased since 1993.

Echoing earlier comments by administration officials, Press Secretary Jen Psaki said on Thursday that the White House does not support increasing gas taxes. A gas tax would weigh more heavily on lower-income Americans, who often drive longer distances for work, and the Biden administration has pledged not to tax anyone making less than $400,000 a year for the infrastructure plan. To be sure, gas taxes are politically risky move for any president. Reuters

Share
Previous Google Maps To Show Greener And ‘Cleaner’ Routes
Next OPEC+ To Ease Oil Curbs From May After U.S. Calls Saudi