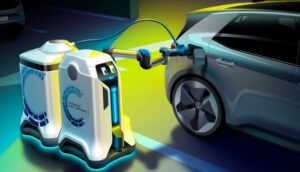 Europe overtook China as the world’s largest e-car market with sales of 1.4 million in 2020, and the global share of electric cars in new registrations more than doubled within a year to almost 6 percent at the end of 2020, according to AlixPartners. Clean Energy Wire