U.S. pledges to slash solar energy costs by 60% in a decade 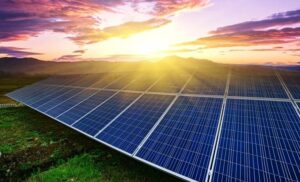 The Biden administration on Thursday set a goal to cut the cost of solar energy by 60% over the next decade as part of an ambitious plan to decarbonize the United States’ power sector by 2035.

The U.S. Department of Energy said the goal accelerates its previous utility-scale solar cost target by five years. For the U.S. power grid to run entirely on clean energy within 15 years, a key pillar of President Joe Biden’s climate change agenda, solar energy will need to be installed as much as five times faster than it is today, DOE said. To get there, the agency committed to spending $128 million on technologies including perovskite solar cells, which are regarded as a promising cheap alternative to the silicon cells that dominate the market. Funds will also support research on cadmium telluride and concentrating solar technologies.

Part of the funding will also seek to extend the lifetime of existing photovoltaic solar plants by improving components like inverters, and cables.

The cost of generating power from the sun has dropped more than 80% in the last decade, making it competitive with plants powered by fossil fuels like coal and natural gas. Solar energy now accounts for the largest share of annual new generating capacity in the United States, according to government data. Reuters