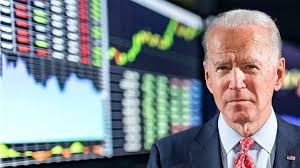 You may count me among those who want to see society move beyond fossil fuels. We all know there are negative consequences associated with fossil fuel usage, such as the emission of carbon dioxide and various other pollutants.

However, fossil fuel replacements come with their own risks and trade-offs, and it is important to understand and weigh these trade-offs as we transition from fossil fuels.

Two key issues are scale and reliability. Most people drastically underestimate our ongoing dependence on fossil fuels. According to the latest BP Statistical Review — which is the “bible” of energy statistics — in 2019 fossil fuels supplied 83.3% of our energy in the U.S.; nuclear power supplied another 8.0%. Renewables, including hydropower, just 8.7%.

Despite California being the fastest-growing market for electric vehicles in the U.S., its oil consumption (pre-pandemic) is nearly as high as it has ever been, and it has steadily grown in recent years. Further, California’s dependence on foreign oil imports has tripled in the past 20 years. California now relies on OPEC for more than half of its oil needs. This is in stark contrast to most U.S. states, which have seen crude oil imports plunge over the past decade.

If we prematurely discourage investment in fossil fuels — and then our dependence doesn’t decline as rapidly as the Biden Administration envisions — that is a recipe for shortages, higher prices, and greater dependence on foreign nations for our energy.

Share
Previous JPMorgan Says Two Factors Could Drive Up Oil Prices By Another $5 to $10 Per Barrel
Next Oil is Up Nearly 70% Since The Election, a Record in The Modern Era