The Electricity Industry is Giving Europe’s Power Traders a Headache 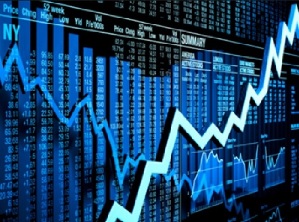 Europe’s power traders have a colourful name for the way the rise of solar power is distorting the electricity industry: devil horns.

That’s the shape formed by intraday power prices that increasingly having to adapt to greater flows from solar farms in the middle of the day. As photovoltaics feed more supplies to the grid, power prices crash and then rise as the sun sets, leaving a distinctive formation in charts like the one below.

More than an amusing oddity, the dramatic swings indicate the scale of the challenge grid managers are facing in smoothing out supplies from plants that only generate when the sun shines or the wind blows. The pattern is becoming increasingly familiar across Europe, especially in Germany, where it translates as “Doppel Knick.

As solar capacity has surged more than ten-fold in the past decade in Germany, it’s leaving utility executives wondering if they should switch off coal and natural gas plants for a few hours when the photovoltaic facilities deliver their peak yield.

“Thermal plants are struggling a lot with having to ramp up and down fast when they are needed,” said Hanns Koenig, a project leader at Aurora Energy Research Ltd., which is based in Oxford, England, and advises utilities, investors and governments. “To ramp up quickly uses extra fuel and may not be economical so currently a lot of plants run through solar’s production peak.”

As much as 38 percent of Germany’s power came from wind and solar farms last year. That’s making it difficult to estimate how much supply will feed into the grid at certain times of day as some of it will also feed local distribution networks. It’s a dramatic change from a decade ago when the deep price dip occurred in the middle of the night as reactors were humming even as demand was low.

Storage and charging of electric vehicles will eventually help to even out the sharp within-day price swings, but short-term it will continue to have a negative effect on operations, said Magnus Hall, chief executive officer at Vattenfall AB, the Swedish utility. The company on Thursday reported fewer running hours from its German coal and gas plants in the first quarter, even as cold weather increased demand.

“We are building a system that in the long term have the capability to even out prices,” Hall said by phone. “In the short-term perspective it has this effect that is hard to quantify, but it is a negative effect.”

The impact on the grid from renewables is now so great that supply at times exceeds demand and pushes power prices below zero. The trend has also undercut the economics of replacing some of the oldest traditional plants, with some forms of renewables mature enough to compete in the market without subsidy.

In the past year alone, solar developers in Spain and offshore wind farms in Germany and the Netherlands won tenders for plants without guarantees for higher-than-market power prices.

Even the U.K., with its rainy image, is expanding solar and the technology can now meet as much as 39 percent of peak summer demand.

That’s so much that National Grid Plc is preparing measures to avoid overloading of the network. The grid manager may need to curtail renewable energy production and also ask coal, gas and nuclear plants to rein in output during certain hours.

“People talk about winter and blackouts but there is more risk of system stress and blackouts in summer now,” said Andy Koss, chief executive officer of Drax Power Ltd., which operates a coal and biomass plant in northern England. “It’s a much less stable system than it used to be.”

He’s predicting that coal, a mainstay in power production for generations, won’t run at all during the next few summers and that gas and biomass will instead take on that flexible backup role. The fuel will still be needed come winter though.

Aurora’s Koenig suggested that batteries charging up during the day and discharge during evening hours, could help boost stability.

“If you add extra renewables you’re going to have problems unless you manage to expand the grid more or find smart ways to build out the existing grid, for instance by adding batteries,” he said.