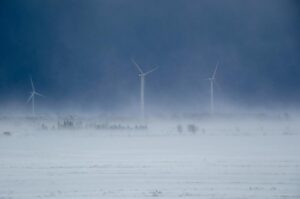 In recent congressional hearings, political leaders pointed to recent electricity blackouts in Texas and California caused by extreme weather as reasons for why the federal government should increase taxpayer subsidies and mandates for renewable energy sources.  But that’s a hair-of-the-dog cure that’s unlikely to work. Both the heat-driven August 2020 electricity shortage in California, and the cold-driven February 2021 shortage in Texas, were caused in large part by over-reliance, not under-reliance, on weather-dependent renewables like solar panels and wind turbines. As demonstrated by the temporary freeze-up of even nuclear and fossil-fueled power plants during the Texas coldsnap, what the grid needs more reliable baseload generation — not more intermittant supplies. Without infeasibly massive investments in battery storage and other load smoothing technologies, Federal policies that force states to become more reliant on renewables will only increase the probability and frequency of blackouts.

In California, state electricity regulators over-relied on solar panels, despite warnings from the state’s grid operator that doing so was dangerous, since most of the state’s peak electricity use occurs during and after the sunset. “For many years we have pointed out that there was inadequate supply of electricity after solar had left its peak,” said an emotional CEO of California’s grid manager, Caiso, last August during the blackouts. “We told regulators over and over that more should be contracted for. That was rebuffed. And here we are.”

Renewables don’t have to cause blackouts. Germany generated 37.5% of its electricity last year from wind and solar and didn’t suffer from a decline in electricity reliability. California would have avoided its blackouts had it not shut down a large nuclear plant and several natural gas power plants over the last decade.

As for Germany, it has only maintained its reliability by continuing to operate fossil fuel power plants of all types including lignite coal, not by building more transmission lines and batteries. Of the 56% of German electricity from carbon-free sources, nearly half (24% overall) came from nuclear, hydroelectric dams, and biomass, which are far more reliable than solar and wind. And, last month, Germany’s independent federal government auditor warned in strong language that adding more weather-dependent energy sources increases the risk of blackouts.

University of Chicago economists found recently that state policies promoting renewables led consumers to pay $125 billion more for electricity than they would have without such mandate policies. In Texas actual construction far outstripped the mandate, and with prices staying level, experts argued that Texas represented an example of cost-efficient addition of renewables.

All possible savings were wiped out in February and blackout-time energy costs have swamped energy companies and consumers alike. Meanwhile, California’s retail electricity prices rose eight times faster than the average in the other 49 states in the 10 years between 2011 and 2020 due to its increased use of variable energy sources.

Over the 20th century, as power plants grew larger and more efficient, the cost of electricity declined dramatically, contributing significantly to rising living standards. Indeed, the process of producing energy, food, and products more efficiently and cheaply is the main driver of economic growth and prosperity.

But over the last 20 years, as federal and state policies have subsidized and mandated the use of less efficient sources of energy from weather-dependent wind and solar, which require far more land, transmission, and other infrastructure, electricity prices have risen, thus threatening economic growth, living standards, and societal resilience.

As such, while Democrats in Congress point to extreme weather events as justification for subsidizing renewables, the blackouts in California and Texas, and the maintenance of fossil fuels and renewables slowdown in Germany, suggest that anybody concerned about preventing blackouts should favor relying less, not more, on weather-dependent energies.