Placing A Price On Carbon Provides Certainty, Transparency And Real Progress On Climate 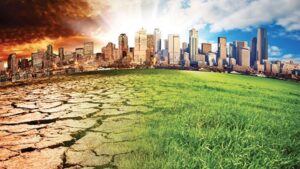 The news that oil and natural gas industry leaders are working cooperatively with White House Domestic Climate Advisor Gina McCarthy on possible climate solutions will undoubtedly raise eyebrows. After all, McCarthy and the fossil fuel industry were often at loggerheads during her time as Administrator of President Barack Obama’s Environmental Protection Agency.

Recently McCarthy held a virtual meeting to discuss shared priorities with leaders of 10 oil companies and other industry trade groups. Much of the talk centered on various ways government and industry could partner to help advance low carbon technology.

This is encouraging, as both parties crave certainty and solutions when it comes to reducing carbon. In the end, it’s better to craft commonsense, market-based solutions like a carbon price, for example, than top-down regulations that cripple energy production.

As the administration unveils its vision for combating climate change, renewable power and electric vehicles are sure to get attention. However, a market-based carbon price could make real progress toward national climate goals. Why? Because a carbon price offers the advantage of encouraging more significant investment in emission-reducing technologies while also creating economic certainty for energy firms and allowing all energy sources to compete. The U.S. needs oil and gas to fuel the economy, and natural gas will play an increasing role in power generation.

In truth, an implicit price on carbon already exists through regulations and mandates. Many policies that affect power plants, car emissions, and oil and gas production already include calculating the social cost of carbon. While the Obama administration placed this at $50 per ton, the Biden administration has estimated that figure at $51, with some speculating it could rise to $125.

Today, that cost is hidden to consumers. Under a carbon price, that cost would be transparent and applied across the entire economy, including all emitters, so lawmakers and consumers could make informed decisions.

If appropriately designed, a carbon price would create incentives for companies to offer consumers lower-carbon options while providing transparency for potential investors.

For the marketplace to drive investment in climate solutions, investors need certainty about the price of carbon and the value of carbon-reducing technologies instead of a seemingly endless series of regulations that create unrealistic targets and aim to phase out oil and gas products Americans still need.

Attacking the oil and gas industry is a path to nowhere.

In fact, America’s natural gas and oil companies have led the way on emission reductions by using the country’s abundant gas supplies to transition off coal and by adopting an array of emissions reduction technologies, including carbon capture and storage. These efforts would only accelerate under a carbon pricing plan, harnessing the skills, capabilities, expertise and scale of major energy firms to America’s advantage.

Americans are demanding cleaner energy and the reliability that oil and gas offers. A carbon price reflects a winning consensus.

The power of American energy shouldn’t be taken for granted, nor should the power of the free market. A carbon price utilizes both of those tools, creating a transparent and economy-wide price on carbon to drive innovation and carbon reduction progress.

Unlike past dialogues, energy firms and federal policymakers aren’t debating a choice between nothing and something. They are debating the smartest route to a lower-carbon future. A well-designed, market-based price on carbon is the best path to the future we all want.