OPEC+ To Ease Oil Curbs From May After U.S. Calls Saudi 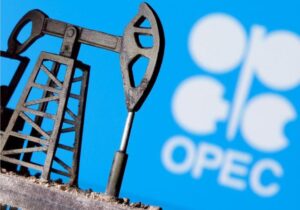 OPEC+ agreed on Thursday to gradually ease its oil output cuts from May, after the new U.S. administration called on Saudi Arabia to keep energy affordable, mirroring Donald Trump’s practice of calling OPEC’s leader over oil policy.The group, which has implemented deep cuts since a pandemic-induced oil price collapse in 2020, agreed to ease production curbs by 350,000 barrels per day (bpd) in May, another 350,000 bpd in June and further 400,000 bpd or so in July. Iran’s oil minister, Bijan Zanganeh, confirmed the group would have boosted output by a total of 1.1 million bpd by July.

The Saudi minister also said the kingdom would gradually phase out its additional voluntary cut that have been running at 1 million bpd, by adding 250,000 bpd to production in May, another 350,000 bpd in June and then 400,000 bpd in July.

“We reaffirmed the importance of international cooperation to ensure affordable and reliable sources of energy for consumers,” Jennifer Granholm, the new energy secretary appointed by U.S. President Joe Biden, said on Twitter after her call with the Saudi energy minister. Reuters