Oil is Up Nearly 70% Since The Election, a Record in The Modern Era 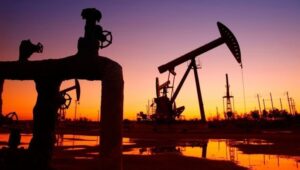 US oil prices have skyrocketed 69% since November’s election based on Thursday’s close at $63.50 a barrel.

That’s easily the biggest post-election gain through this point in the presidential cycle since NYMEX oil futures began trading in 1983, according to a CNN Business analysis. The next closest post-election rally occurred when crude jumped 31% after President George H.W. Bush’s victory in 1988.

Gasoline prices are also on the rise, climbing 27% since the election, with the national average hitting $2.70 a gallon this week, according to AAA.

Share
Previous The Inherent Risks In President Biden’s Energy Plan
Next China Lays Down Another Marker In The Offshore Wind Sector, Accounting For Half Of Last Year’s Installations