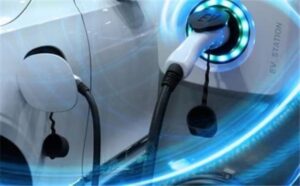 The global market share of electric vehicles is set to rise so quickly that battery manufacturers will not be able to meet production requirements, a Rystad Energy analysis shows. The reason is that the mining capacity of lithium – a key ingredient in EV-purposed batteries – will fall short of demand unless investments in new mines accelerate. Under the current pipeline, capacity deficits could triple lithium prices towards the end of this decade. While today’s lithium mining capacity can comfortably satisfy demand from the electric vehicle market, the fast rise of electric vehicles is set to create a serious lithium supply deficit already from 2027. This imbalance will grow larger as the years pass and is set to cause delays for the production of millions of electric passenger cars, even when planned new mining projects add their capacity in the coming years.

More investment decisions to build new lithium mining projects need to be added to the pipeline, and fast, as Rystad Energy estimates it can take between five and seven years to develop, finance, and build an average new project.

In fact, based on our current lithium mining capacity outlook and the share of lithium demand that electric passenger vehicles will create, we estimate that the supply deficit is poised to delay the production of the equivalent of around 3.3 million electric vehicles with a battery of 75 kilowatt-hours (kWh) already in 2027. The impact will grow quickly, to around 9 million EVs in 2028 and some 20 million electric cars in 2030.

“A major disruption is brewing for electric vehicle manufacturers. Although there is plenty of lithium to mine in the ground, the existing and planned projects will not be enough to meet demand for the metal. If more mining projects are not added to the pipeline quickly, the energy transition of road transport may need to slow down,” says James Ley, Senior Vice President at Rystad Energy’s Energy Metals team.

Although lithium-ion is not the only battery technology, it is far superior in EV applications and won’t be substituted by anything else this decade. Even if other technologies evolve later, they too are likely to use lithium, although maybe in smaller volumes. Lithium is the lightest metal applicable to batteries and switching it with something else would reduce energy density, resulting in shorter ranges for EVs.

Excluding the lithium mining capacity that supplies non-battery markets such as glass and ceramics, the remaining lithium production capability that can be used for manufacturing batteries of all applications in 2021 is standing at nearly 520,000 tonnes of lithium carbonate equivalent per year. Widely known as LCE, this unit is the market’s most-used measurement for lithium production.

Demand for LCE from battery manufacturers is estimated at about 300,000 tonnes this year, but this will grow fast. Already in 2025 LCE demand from battery manufacturers will reach just over 1 million tonnes, compared to a LCE mining capacity of just over 1.3 million tonnes when other uses are excluded. By 2026, the scale will tilt towards a minor mining capacity deficit.

If the current mining project pipeline remains unchanged, the capacity deficit will start swelling and reach nearly 820,000 tonnes in 2028 when LCE demand is estimated to surge to 2.8 million tonnes. Things could get even worse as demand continues to rise, with the imbalance possibly ballooning to 2 million tonnes of LCE as soon as 2030.

“We anticipate that lithium prices could replicate their past turbulence if supplies cannot catch up with booming EV demand later this decade. Looking at the significant task ahead to build more mining capacity, prices could even triple as a result of the market imbalance,” adds Ley.

As the EV industry matures, it will be necessary to establish and cultivate industries that promote second-life battery use and near 100% recyclability. Recycling of batteries has so far been blocked by technical constraints, economic barriers, logistical issues, and regulatory gaps.

With battery recycling set to become ever more important, start-up companies in America and Europe are beginning to commercialize new battery recycling technology. We believe that there will be an increasing drive to tackle recycling as more batteries reach the end of their life. Widespread adoption of battery recycling may not be seen until after 2030, however, as EV batteries currently entering the system are normally designed to have a 15-year lifetime.

Recycling is thus unlikely to plug the gap in lithium supply shortages to battery manufactures after 2025. We therefore expect prices of lithium to rise in line with our demand forecast until new mines are developed beyond the 40 or so that are currently proposed.