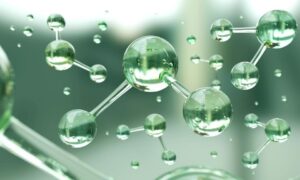 Low-carbon hydrogen has a tiny share of the global energy market today. Investors, though, are betting on the long-term potential of this super-versatile energy carrier. Shares with meaningful exposure to hydrogen have been among the best performing in the bull run of energy transition stocks these last few months. Green hydrogen, produced by electrolysis of water using renewable electricity, is what most of the fuss is about.

First, a dramatic policy shift in the last few months has lit the fuse. The announcement of net-zero targets from China (2060), Japan, South Korea and Canada (all 2050) and the Biden administration recommitting the U.S. to the Paris Agreement show policy momentum to tackle global warming is now unstoppable. The world is pivoting towards decarbonisation and that’s bullish for zero-carbon technologies like green hydrogen.

The EU published its hydrogen strategy last summer aiming for 6 gigawatt (GW) of capacity by 2024, ramping up to 40 GW by 2030. Germany, Spain, Portugal, Netherlands, Finland, Sweden, Poland and Canada all published a national hydrogen strategy in the last year. Many others will follow soon.

Third, there’s a gargantuan task ahead to build supply. Capacity is growing exponentially even now – the project pipeline has ballooned from just 3.5 GW a year ago to 26 GW today. Around two-thirds of that is in Europe with sizeable projects also in Saudi Arabia and Australia.

This is just the tip of the iceberg: the world is going to need almost 1000 GW of electrolyser capacity by 2050 to meet our demand forecasts. And that’s just for the green hydrogen which will be 75% of global production by 2050.

Share
Previous IEA Head: The World isn’t Moving Fast Enough on Clean Energy
Next We Need To Talk About An Energy Label For AI