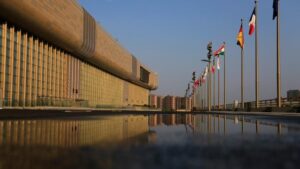 In a split from his past attitude toward climate change, Brazil President Jair Bolsonaro vowed to end illegal deforestation in the country by 2030 and achieve carbon neutrality by 2050. Japanese Prime Minister Yoshihide Suga said the country will pledge to curb emissions by 46% by 2030 compared with 2013 levels. Japan, the world’s fifth largest emitter, previously committed to a 26% reduction, a goal that was criticized as insufficient. Prime Minister Justin Trudeau vowed that Canada will slash emissions 40% to 45% by 2030 compared with 2005 levels, a major increase from its previous pledge of 30%. Indian Prime Minister Narendra Modi didn’t provide a new target but re-confirmed the country’s vow to install 450 gigawatts of renewable energy by 2030. Russia President Vladimir Putin broadly pledged to “significantly” reduce the country’s emissions in the next three decades and said Russia makes a big contribution in absorbing global carbon dioxide. Putin also said the country has nearly halved its emissions compared to 1990 and called for a global reduction of methane, a greenhouse gas that is 84 times more potent than carbon dioxide and a main driver of climate change. China’s President Xi Jinping re-affirmed commitments to peak emissions before 2030 and go carbon neutral by 2060. The U.S. and China have agreed to cooperate on climate change despite division on issues like trade and human rights. CNBC