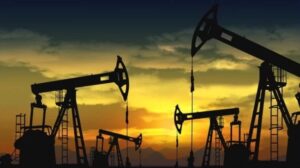 Chinese independent refiners, which account for a fifth of the country’s imports, have slowed imports in the second quarter because of refinery maintenance, strong Brent prices and a large influx of supplies, including Iranian oil, in first quarter.

As a result traders were forced to sharply reduce prices for spot cargoes loading in April and May from Europe, Africa and the United States for delivery to Asia. Lockdowns in Europe have also reduced demand, they said.

“There’s just too much supply so buyers want to see cheap cargoes,” a Singapore-based trader said.

Reduced Asian buying also put pressure on U.S. Gulf Coast grades. WTI at East Houston WTC-MEH, a popular export grade, slumped to the weakest since October this week as export activity for April has been muted.

U.S. crude arrivals in Asia are expected to drop to about 30 million barrels in April, the lowest since June 2020, according to initial assessments from Refinitiv Oil Research on Eikon.

However, the recent drop in Brent crude prices closer to $60 a barrel if sustained, could help revive Asia’s demand in late June or early July, traders said.By that time, Asia’s peak maintenance season would have ended while inventories would have largely been drawn down, they said.

Share
Previous Placing A Price On Carbon Provides Certainty, Transparency And Real Progress On Climate
Next Suez Canal Blockage Could Cause Problems For The Globe