Ensuring The Energy Transition is Equitable 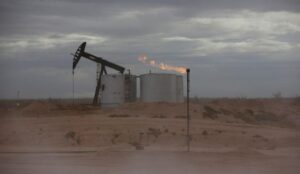 Phasing out consumption of fossil fuels in favour of zero-emission sources of energy will cause major social and economic disruption, creating a large number of losers as well as winners. Like any welfare-improving public policy, it should in theory be possible for the winners to compensate the losers through taxes, subsidies, transfer payments and other government programmes.

In practice, government help to cope with the costs of industrial transition and adjustment has rarely been enough to offset the losses of the worst-affected groups.

Structural economic changes caused by industrial transformation and changes in international trade have often created significant numbers of losers who have been hard to help through retraining and other policies. The zero-emissions energy transition is likely to have a similar impact. Providing transitional assistance to those individuals and communities hardest hit by the energy transition is likely to prove harder than policymakers anticipate and needs to be a major sustained focus.

They spend less on fuels and the energy-content of goods and services than richer fellow citizens, but it represents a higher share of their post-tax income. Lower income groups will be hardest hit by any increase in energy costs as a result of carbon pricing and upfront capital costs stemming from switching to decarbonized electricity-based systems for heating and transport. In principle, losses for lower income groups can be offset by changes to other taxes and government spending programmes. For that reason, carbon taxes may be preferable to other forms of carbon pricing because they create a revenue stream with which to compensate lower income consumers. The second group of losers, far fewer in number, will be those businesses and workers in energy-intensive industries such as iron and steel, chemicals and cement manufacturing.

Harmonized international carbon prices and carbon border adjustments (tariffs) will be needed to create a level playing field and avoid the loss of enterprises and employment to other countries with low or no carbon prices.

The third group of losers will be those businesses and workers directly involved in the production, refining and distribution of fossil fuels – initially mostly in coal, but later in oil and gas.

For the last century, retraining workers and creating new businesses to employ them in the same region has consistently proved very much harder than policymakers expected.

Policymakers are right to focus on the need to cushion the social and economic disruption from the energy transition for consumers, workers, and businesses, but they must not underestimate the scale of challenge.