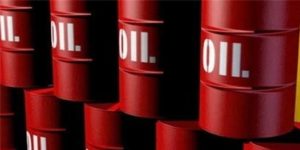 China’s crude imports from Iran jumped by a fifth last month before the US removed sanction waivers on oil purchases from the Middle Eastern country, Financial Times calculations show. Data from China’s General Administration of Customs show the country imported 3.24m tonnes of crude from Iran in April, a year-on-year rise of 21 per cent. The figure soared 46 per cent in April from March. In the year to date, China’s purchases of crude oil from Iran remain below last year’s levels.  The surge in imports came before the US ended sanctions waivers on Iranian oil for eight nations including China in April, in an effort to pressure the regime in Tehran and bring Iran’s crude exports “to zero”. The US extended the waivers by six months ahead of the anticipated start of sanctions late last year. Iran was China’s seventh-largest crude supplier in 2018, accounting for about 6 per cent of imports. Analysts said China was unlikely to eliminate oil imports from Iran entirely. “We may see a drop in China’s oil imports but they will continue purchases whether officially or unofficially,” said an Iranian energy sector businessman with links to the political establishment. Financial Times

Share
Previous Global Population Without Access to Electricity Drops By 400 Million Since 2010
Next Are Microgrids Powered by on Site Green Energy the Next Big Thing?