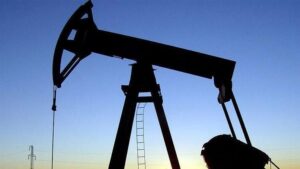 China’s record imports of Iranian crude in recent months has squeezed out supply from rival producers, forcing sellers of oil from countries such as Brazil, Angola and Russia to slash prices and divert shipments to India and Europe.

Iranian oil started to slip into China from late 2019 despite tough U.S. sanctions, but volumes began to surge only since late last year as oil rebounded above $60 and buyers were emboldened by the prospect of the United States lifting sanctions under President Joe Biden.

China received a daily average of 557,000 barrels of Iranian crude between November and March, or roughly 5% of total imports by the world’s biggest importer, according to Refinitiv Oil Research, returning to levels before former U.S. President Donald Trump re-imposed sanctions on Iran in 2019. South America’s top exporter Brazil and West Africa’s Angola were among the worst hit, while Russia’s far-east grade ESPO crude recorded some rare flows to the U.S. pinched by falling Chinese demand.

India’s imports of Brazilian and Angolan crude jumped for March to May arrivals while Europe took in more Brazilian oil between March and April than at the start of the year, Refinitiv data showed. Reuters