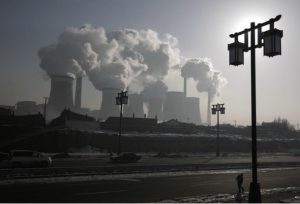 Datong, a major coal-producing city in northern China’s Shanxi province, will establish “no-coal zones” in urban districts as part of its efforts to curb pollution, the provincial government said on Thursday. The Shanxi government said the restrictions would cover 102 square kilometers (39 square miles) and would include bans on the storage, sale and direct combustion of all kinds of coal.  It said 16,200 households in Datong would switch to cleaner gas heating this winter and that it had already demolished 3,812 coal-fired boilers. Datong was one of China’s major coal producing regions for decades, but many of its collieries are now depleted. Overmining has contaminated the city’s soil and underground water tables, as well as causing devastating subsidence. That has left large parts of its old mining districts unfit for farming or construction. Reuters