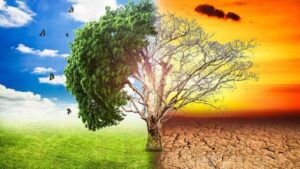 The American Jobs Plan announced 31 March by President Joe Biden in Pittsburgh would invest more than $2 trillion over eight years in a range of projects to repair existing transportation infrastructure, expand and fix the power grid, and retrofit homes for energy efficiency — all with an eye to creating jobs, reducing carbon emissions, and improving public health. Calling for “transformational progress” to tackle climate change, Biden described his plan as “big, yes, it’s bold, and yes we can get it done.”

While the bill would invest in infrastructure from highways and bridges to high-speed internet to water systems, the White House explained in a 31 March statement that the bill would both generate jobs in the short run and improve economic output in the long run. “The American Jobs Plan is an investment in America that will create millions of good jobs, rebuild our country’s infrastructure, and position the United States to out-compete China,” the White House said in the statement.

At the same time, the plan puts climate change and environmental justice front and center.

“It will invest in Americans and deliver the jobs and opportunities they deserve. But unlike past major investments, the plan prioritizes addressing long-standing and persistent racial injustice. The plan targets 40% of the benefits of climate and clean infrastructure investments to disadvantaged communities. And, the plan invests in rural communities and communities impacted by the market-based transition to clean energy,” the White House added.

According to the White House, the plan would include the following elements that are directly related to the energy transition and future demand for fossil fuels and renewable power:

After information on the plan was released, discussions began about whether it prioritizes the right issues, whether it’s too big or too small, whether parts can be implemented without congressional approval, and whether it will have sufficient political support to pass both chambers of Congress.

The bill is similar in size to the $1.9-trillion COVID-19 relief package that Biden signed on 11 March, though the American Jobs Plan’s spending would be spread out over eight years instead of dedicated immediately. But the COVID package passed Congress without a single Republican vote, in part due to Republicans’ objections to its cost. The other difference between the infrastructure and COVID spending packages is on the tax side. The COVID plan simply added to US debt. The American Jobs Plan would be paid for by raising the corporate tax rate from 21% to 28% and upping taxes on Americans making $400,000 or more per year, through additional legislation, known as the Made in America Tax Plan.