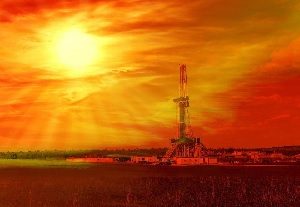 A report published last week by leading private bank, Berenberg, predicted a bright future for the oil and gas sector through 2019, with the companies benefiting from structural improvements in their businesses and stronger competitive positioning combined with a strong macro environment.

Henry Tarr, lead oil and gas analyst at Berenberg explained that the sector has restructured through the downturn, improving efficiency, driving costs lower and increasing returns on future projects.  “The oil and gas majors are delivering the best production growth for well over a decade into an improving commodity price environment” he said.

According to the report, the majors look strong but will rely on Tier one suppliers and oil service companies for growth. However, a fear remains that they have not emerged from the downturn as strong as the majors having borne the brunt of the cost-cutting pressures. “In the international arena, after several years of lower activity levels the service companies are hungry for work, and there is plenty of spare capacity,” Tarr said. “This is particularly the case in the offshore sector, where capacity was built out for strong growth in the prior upcycle which did not arrive, meaning that there is no shortage of offshore rigs and subsea installation capacity.

“In the US onshore, activity has already been strong for the last 12 months, and we are starting to see signs of cost inflation creeping into the key shale regions. This has been relatively contained so far, but if activity continues to grow then we would expect to see prices start to rise further.”

Tarr pointed to three majors who are well placed for growth in the coming decade, Total, BP and Repsol. Total is benefiting from the high investment through the prior cycle, with a flood of new projects starting – including Yamal and Ichthys LNG projects, Fort Hills, Egina, and Kaombo. “These projects are driving the best production growth profile of the group as capex commitments wind down, into a stronger commodity price environment,” Tarr explained.

Despite the largely positive outlook there are some very real risks on the horizon. “A slowdown in emerging market demand is a key risk, with weaker currencies driving oil prices higher in local currency terms,” Tarr said. “Non-OECD accounts for 70 per cent of global oil demand growth for 2019/20, so we are watching developments in demand, global trade and emerging market activity closely.

“US shale growth could also outpace our assumptions, driving the market back into surplus, and oil prices lower, earlier than we currently forecast.”