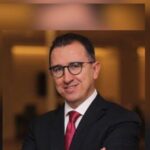 After graduating from the International Relations Department of Boğaziçi University in 1996, Ahmet Türkoğlu started his professional career as a Store Manager at “Office 1 Superstore” in the same year. Between 1999-2003, he worked as a Casio Office Products Sales Manager. Between 2003-2009, he worked as a Sales and Marketing Director at Çalık Holding. In 2010, Türkoğlu was appointed to Turkish Petroleum Distribution Company (TPPD) as Vice General Manager for three years. Between 2013-2015, he worked as a CEO in Öztürk Group including companies like Opet, Regnum Hotels. Ahmet Turkoglu worked as a Member of the Board and General Manager of Turkish Energy Company (TEC) in 2016 and in February 2017, he also worked in Turkish Petroleum International Company (TPIC) as a General Manager and Chairman of the Board. Türkoğlu, appointed to Energy Exchange Istanbul (EXIST) as a CEO in 20 June 2018. Currently, he is the Member of the Board of TEC. He is a member of TOBB (The Union of Chambers and Commodity Exchanges of Turkey) Energy and Natural Gas Sector Councils. Speaking English at advanced level, he is married with four children.