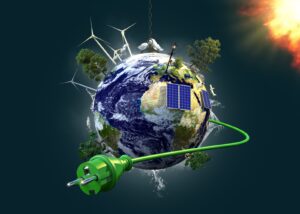 India may be the last major climate change domino to fall into place as the government considers setting a target to reach net zero carbon emissions, in line with similar moves by other major polluters.

India is examining setting a target of net zero emissions by 2050, according to media reports, with Bloomberg also reporting that an earlier ambition of 2047, to coincide with 100 years of independence, is being discussed among senior officials in Prime Minister Narendra Modi’s office.

If India does end up setting a target of no later than 2050, it will trump China’s promise of 2060 and match the ambition set out by new U.S. President Joe Biden.

China, the United States and India are the world’s three largest carbon emitters respectively, and any hopes of meeting global emissions reductions targets to mitigate climate change are largely dependent on the actions of these three nations.

If the United States and India do set formal targets of net zero emissions by 2050, it would mean that more than two-thirds of global carbon emissions and three-quarters of world gross domestic product would be bound to net-zero goals.

Climate analysts will point to research showing it can be done, but the cost of switching to renewable and clean energy sources will be tremendous for both nations, even assuming their political leaders are determined to succeed. Reuters