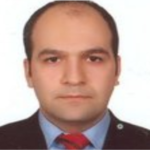 After completing his high school education at TED Karabük College, Barış SANLI began studying at the Department of Electrical Engineering at Boğaziçi University and graduated from the Faculty of Electronics and Technology of the University of Manchester (UMIST), where he transferred in his second year. He worked as an assistant in the Department of Electrical and Electronics in the Middle Eastern Technical University, later joining the Ministry of Energy and Natural Resources. He has consulted the Ministry of Energy and Natural Resources under Energy Market Regulatory Authority (EMRA) and assumed several positions including Deputy Assistant General Manager of Energy Affairs and Head of LPG Markets Department.