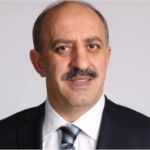 As of 2017, Mr. ATALAY has been appointed as Chairman of the Board of Directors and as CEO by proxy to Turkey Electricity Transmission Company’s General Directorate. He currently continues to hold this position.

Mr. ATALAY is married with two children and speaks English and Arabic.